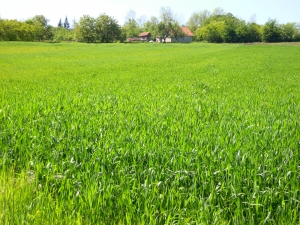 Big fund selling was the feature of the week; spec funds were big seller of corn and wheat.

Weather was good for growing conditions in all major production areas.

Cash business was very slow, so futures selling had no offset in cash buying.

Futures have reached the levels we forecast some weeks back and if conditions continue as they are, we can see markets drop at least another 25 cents before we see the Spec Funds think about covering. Production estimates from around the world seem to be growing, which makes consumers reluctant to take on deferred purchases for now.