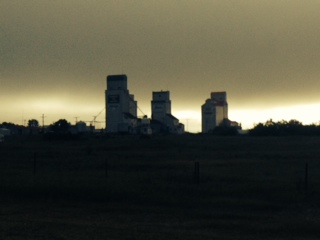 USDA’s WASDE report: It gave little change in the US production numbers, but did give greater world production which was seen as bearish. Speculative elements were big sellers both before and after the release of the WASDE numbers.

Weather reports from around the world were benign and suggest a good crop is in the offing. There are still some concerns regarding conditions in the USA, so we can expect weather to be an element to contend with through July for planting and emergence and through November for harvest.

All futures markets are tottering around support levels; however, we feel it’s only a matter of time before corn and soybeans head to lower levels unless something new occurs.

Next week we think wheat could rally as we have good wheat business on the radar screen and we would expect to see some North American wheat feature to Saudi Arabia.

We hear some US corn (maybe 5 cargoes) traded to China ex the PNW for Apl/May shipment, so markets will not be so bearish in the short term.