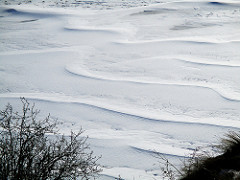 Funds and speculators reportedly sold about 8 myn tonnes of beans between the December 6th’ and January 3rd’, mostly in the latter part of December. This together with a cancelation of 900,000 tonnes by China (supposedly) set a bearish tone to soybeans – which closed under $10.00 (which had been the support level for the market). Funds bought some of their wheat short in and corn followed wheat to be higher over the Holidays.

Cash trade this past week was very light, and only Algeria’s buying of wheat was of significance.

China did little buying and they will continue to be out of the market as the Chinese New year celebrations start. This will leave oilseed markets on the defensive until the end of January.

A fresh WASDE report is due for release on January 12, which the trade assumes will prove supportive.