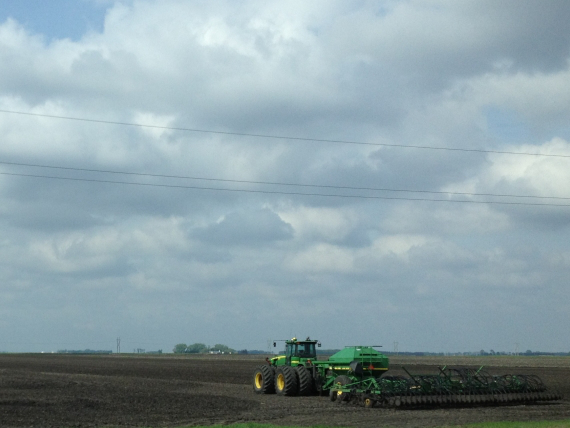 This was a short holiday week, with many countries still closed on Easter Monday.

All grains closed higher for the week. U.S. grains got support from the weaker US$, commodity fund short covering, some commercial buying, and weather concerns regarding late planting.  A general lack of farmer selling everywhere helped as well.

Soybeans closed higher for the second day Thursday to post their first weekly gain in six weeks on more short covering and some help from higher soybean meal.  Corn finished the short week with modest gains, which was enough for the lead May contract to its highest settlement in a month. Rain in the Midwest  through the weekend may have fueled more concerns about planting delays.

Wheat markets were mixed with winter wheat pressured lower by forecasts for more rain in the Plains this weekend.